The paper presents the results of high-precision magnetic surveys by a quantum magnetometer using an unmanned aerial vehicle (UAV). The object of research was an area of 10 hectares at the archaeological site of Novaya Kurya in Western Siberia. Magnetic anomalies caused by ancient mounds with amplitude of up to 5 - 10 nT were revealed. The received information makes it possible to plan a strategy for archaeological study of this monument at a qualitatively different level. Same technology can be applied at any other archeological site.

Trofimuk Institute of Petroleum Geology and Geophysics and Institute of Archaeology and Ethnography of Siberian Branch Russian Academy of Sciences have been cooperating for more than 20 years. Large amount of geophysical survey works (magnetometer and geoelectric survey) for the purpose of finding and studying of buried archaeological objects has been carried out throughout this time. Usually ground magnetometer survey has been used for this purposes, which allowed to successfully locate magnetic anomalies as big as several nanotesla (nT) corresponding to archaeological objects of different type, such as entombments, ceremonial pits and middens, habitations. They have also managed to locate more massive structures, such as mounds, visual traces of which were completely lost. Magnetic anomalies map analysis has allowed to determine the peculiar properties of their arrangement before the start of archaeological excavations. However, the conditions of ground survey carrying out are not always favorable (dense vegetation, marshiness, etc.), therefore there’s a need for development and application of new alternative magnetometer survey technologies. It should also be taken into account that searching for archaeological objects requires higher measurement accuracy as well as sufficient proximity of survey to the ground surface (usually the first meters). Rapidly developing area of survey which uses unmanned aerial vehicles (UAV) opens up wide prospects for magnetic surveys including the archaeological ones. It is known that special equipment has been launched presently by Geometrics (USA) and Geoscan (Russia) in order to fulfill such tasks. Although the number of aeromagnetic surveys using UAV has significantly increased recently, there are still not many examples of their application at archaeological sites. A magnetometer survey with the help of UAV has been fulfilled within the framework of the present studies at the mound burial ground of Novaya Kurya. The site is located at the low ridge, in the northern part of the Kulundinskaya steppe (Karasukskiy district of Novosibirsk region, Russia). It is represented by 8 rounded bourocks with diameter of 20 up to 35 meters and 0.2 to 0.7 meters high. The necropolis most probably dates back to the Nomads period (middle of the I millennium BC - end of the I millennium BC) The surface of the archaeological site has been repeatedly plowed up, this has considerably influenced the characteristics of the mounds and may have destroyed the external features of some of them. It was necessary to receive information about the boundaries of the site and specific features of mounds structure at the stage of preparation for archaeological studies as this would give the opportunity to plan the strategy of the named studies more carefully. The goal of the conducted works was to evaluate the prospects of using low-altitude aeromagnetic survey for locating and defining the structural features of mounds.

Methods and Devices of Magnetometer Survey

The aeromagnetic survey was executed at 2019 at mound burial ground Novaya Kurya by specially developed system “Geoscan 401 Geophysics” which includes an industrial grade quadcopter “Geoscan 401”, capable of performing flights at the assigned route as a vehicle. A compact and high-precision quantum magnetometer, designed by the specialists of Geoscan Group of Companies, was used for the survey. The total area of survey amounted to 10 hectares (500 х 200 m) approximately. Thus, total length of axial sections was about 100 km. The distance between the sections is approximately 1 m. The frequency of magnetometer measurements is 10 Hz, taking average flight speed as 5 m/s it amounts to the distance between the neighboring measurements, which is around 0,5 m. The measurement deviation tolerance of geomagnetic field induction vector module by Geoscan sensor does not exceed 0,3 nT. In order to consider the influence of solar daily geomagnetic variations we used proton geomagnetic-variations system MB-07M, which has the accuracy of magnetic induction module vector registration not lower than 0,1 nT. The accuracy of GPS sensor complied with the submeter range. The picture from the work area, used UAV and quantum magnetometer are presented at Fig. 1.

Among all series of passages the ones which were made at the altitude of 2 to 5 meters were chosen as the closest to the objects and covering the studied territory to the fullest extent. (Fig. 2) Fig. 2. Google map with measuring points in a high-altitude window of 2-5 m (left) and its fragment with the designations of relief mounds (right).

The following operating procedures were chosen and executed in order to process the raw data.

First, the calculation of the external geomagnetic variations has been carried out by means of deducting the field values at the variation station from every measured field value at the section.

Second, interpolation of the reported values (Fa) at 1m x 1 m grid was executed by means of Kriging method for about 100000 junctions.

Further, in order to register and eliminate the local magnetic field Fрег we chose 300 points located beyond the local magnetic anomalies influence zones resulting both from archaeological objects and possible modern iron objects. In order to generate a map of local field with similar 1m x 1m grid a Kriging method was used (Fig. 3), later the values of the local field Fрег were deducted from the corresponding values of the field Fa

To reduce local variations in the final field values caused by uneven tack of the quadcopter flight, the data array was smoothed using a 3 x 3 point floating window. Final results are presented at Fig. 4 Fig. 3. Primary Fa (raw data, on the left) and regional magnetic field Freg (on the right).

At the time when the magnetic survey took place the archaeological studies of mounds 5 were held. This excavation site is being well documented on the maps.

The realization of the offered and described above methodological approach to data processing made it possible to greatly increase the detail of depicting separate elements of mound structure in anomalous magnetic field.

This has also provided the opportunity to detect the archaeological objects between the mounds 3 and 4 (Fig. 4) which cannot be traced visually and apparently are fully ploughed mounds.

At summarizing Fig. 4, at the anomalous field one can clearly see the trenches traces of which are not visible at the surface. It makes it possible to precisely define the boundaries of the mounds. Positive anomalies connected with defects of bourocks caused by their plunder, clearly stand out in the center.

Circular positive anomalies with diameter from 12 up to 14 meters are detected at the central part of several mounds (for example, of No 2 and 3). These anomalies are supposedly connected either with the bourock’s structural features or with the arrangement of the area under the mound.

Analysis of the anomalous magnetic field map obtained as a result of the study gives the opportunity to determine the boundaries of the archaeological site and confidently predict the absence of archaeological objects of this kind in the rest of the survey area. This has a great significance for planning of archaeological works and putting the site on state records. Fig. 4. Map of the anomalous magnetic field Fa (after excluding the regional anomaly) at the archaeological site Novaya Kurya (left) and a fragment of the site (right) where the mounds are located, the numbering of which is shown in Fig. 2.

Usage of UAV for magnetic survey in archaeology makes it possible to achieve higher efficiency compared to the land survey. In addition, technical accuracy of the devices installed at the UAV is no worse than that of the ones used for ground-based surveys. However, in order to achieve the same level of detailing one must use differential GPS receivers (RTK); only in this case the spatial accuracy of measurements will be close to sub-decimeter and that will increase the detailing of the anomalies under observation.

The magnetic survey method with the use of UAV applied at the mound burial ground Novaya Kurya made it possible to identify magnetic anomalies with a size up to 5–10 nT caused by archaeological objects - mounds. The obtained resolution and detail of the anomalous field map allow us to evaluate the structural features of the mounds including those not visible in the terrain.

This method is universal and applicable also for a wide range of geological tasks including mineral, diamondiferous kimberlite, gold exploration, where the observed magnetic contrast of objects and host rocks has the following characteristics: anomalous magnetic field caused by them at least has the value of the first nT units, at minimum specified survey altitude determined by the relief and terrain features. 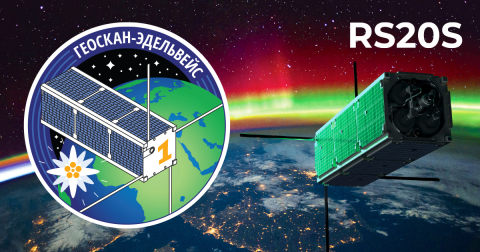