Most complicated drone show in history This year Geoscan has performed one of the most technically complicated drone shows ever. Nothing of this sort has been done before.

World’s venues have witnessed dozens of different types of drone shows recently. Some are really humble and easy to launch, with a hundred or two quadcopters performing simple animation. Some require well-orchestrated team work and physical and moral endurance with launches run every day for a consecutive month. But our team has gone further!

We were organising a 1800-drone show for 7 days in a row near Al-'Ula in the Saudi Arabian desert. The Saudi Ministry of Tourism performed as a customer, and the show was dedicated to space: stars, signs, observatories, satellites, telescopes.

With a rotating platform in the middle, having dozens of guests comfortably sit on it, our show was set to follow the platform in order to keep the formations in front of the eyes of the viewers. It is worth pointing out that the show started with Orion, and we created this formation in that part of the sky where the constellation itself was located.

The experience lasted for full 30 minutes. Maximum flight time of the drones is 10 minutes, which meant we needed to put several groups of quadcopters into the sky one by one, using two separate launchpads.

As Semen Lapko, the head of the Geoscan drone show team, puts it, ‘It is always absorbing to take on unusual and technically complicated challenges: overcoming obstacles helps us grow and check our abilities. This show was another challenge for us, and we have succeeded.’

They call Al-'Ula a world masterpiece. This is one of the oldest cities in the Arabian Peninsula, the first UNESCO World Heritage Site in the Saudi Kingdom. The event was aimed to encourage tourism in this region. 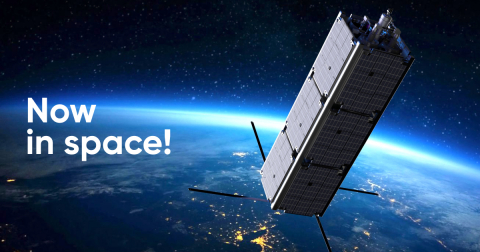 The authors pursued their goal to develop a system of approaches in the organization of unmanned magnetometer survey, implemented for structural and geological mapping.
Areas of use Aeromagnetic survey Geoscan 401 Geophysics