Geoscan 701 is an aircraft for aerial surveying designed to achieve maximum productivity per one flight due to using ICE.

A new model of UAV is designed under the traditional aerodynamic scheme. The supply of fuel (which is a mixture of petrol and oil) is enough for 10 hours of flight, and, as a result, the plane can cover up to 800 km. The UAV is supplied with a starter-alternator, which allows switching on the engine automatically and providing power for a payload and systems of onboard radio electronic equipment during a flight. Geoscan 701 is provided with the camera Sony RX1R II (full-frame, 42 MP) and dual-frequency multisystem GNSS receiver Topcon B111. A catapult is used to help launch the UAV, and a parachute — to land (a ballonet mitigates landing). An additional satellite modem is utilized to control the plane at large distances. The weight of the fully-fueled plane and the fore-mentioned payload is 19 kg, the wingspan is 330 cm.

The UAV with ICE is more productive than its 'brothers' with batteries. For instance, Geoscan 701 can survey the whole Saint Petersburg for 3-4 flights. Performance figures of other models' productivity may serve as examples. The comparison was carried out in GeoscanPlanner.

The Geoscan company will modernise the UAV that it may have other payloads:

We also plan to adapt the plane for surveying in the mountains at a height of more than 3000 m above sea level.

The crucial advantage of Geoscan 701 is the possibility to survey in isolated areas including Siberia and the Far East when a launching point can be located far from an object that needs to be captured.

Geoscan 701 is the first UAV with ICE in the product line of our company. 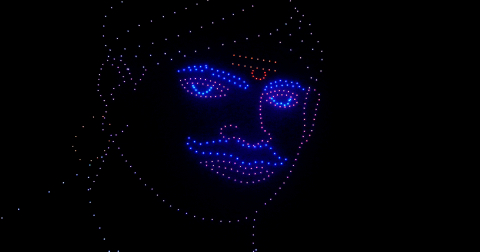