The UAVs can be widely used during the mining operations. The drones are used to collect data for mineral output calculation and preparation of the corresponding aerial maps, mining management under conditions when hand labor is replaced by machinery within the framework of the hazardous and monotonous operations.

High-speed surveying in combination with the high degree of the image detail allow to monitor the technological processes during the open-pit mining operations. Such processes include: drilling and blasting operations, rock dump formation, searching for hazardous areas in a pit. Besides, the drones are also used for creating 3D models of the pits, the models then serve as the basis for design. The digital model makes it possible to assess the mining operation status and changes in the rock mass state. This helps to automate the entire mineral extraction process, resulting in lower extraction costs.

Severstal's enterprises actively work with GIS platforms. For example, a domestic digital platform for creating orthophoto maps and 3D models of construction sites is being implemented at the Cherepovets Steel Mill since 2020. At the same time, the UAV aeromonitoring allows for data processing in the field of manufacturing processes, construction and storage control.

Karelsky Okatysh JSC is the Russia's leading iron ore mining and processing company. Iron ore mining is carried out at five open pits: Central, Southern, Northern-2, Northern-3 and Western with depths ranging from 55 to 345 meters. Digital models of the pit and dump need to be constantly updated to ensure efficient operations. Several types of surveying are regularly carried out for this purpose: the main one is a tacheometric survey; the ground-based scanning and an aerial survey are carried out as well. The point cloud and digital terrain model obtained from the blasted rock disintegration.

The aerial photography of blasted rocks helps to complement the pit models and improve the quality of short-term planning of mining works. The localized arears are the most common objects for surveying, and their size depends on the volume of the blasted block. In addition, aerial photography is carried out for peateries, sand pits and finished product warehouses.

"The choice in favor of this surveying type is primarily due to safer fieldworks, which can be conducted under the suitable weather conditions with less labor efforts almost all year round," comments Vladimir Shmelev, pit surveyor of Karelsky Okatysh JSC.

Based on the extensive experience of operating the Geoscan 401 Geodesy packaged system (a total of 464 flights with a total flying time of 119 hours have already been performed since January 2018), the company decided to expand its drone fleet. The choice was made in favor of Geoscan Gemini, first of all, due to the possibility of surveying point-size objects inside the iron ore pit, which is difficult to do with airplane-type UAVs.

Geoscan multi-rotor systems, unlike most other similar systems, are capable of operating under conditions of magnetic anomalies and electromagnetic interference. Normally, copters use a magnetic compass sensor for azimuth navigation, which demonstrates malfunction under such conditions. Geoscan engineers developed an algorithm that makes it possible to fly without a magnetic compass, but based on the data received from the GNSS receiver.

This summer, a large-scale testing was carried out to approve the newest packaged system under conditions of the magnetic anomalies of the company's fields.

The compact and mobile Geoscan Gemini provided the required output quality at all test sites. However, it required less space both for take-off, and landing, as well as for surveying. One of the Geoscan Gemini flights was carried out at the bottom of the Central Pit at an altitude of 70 meters (at a spatial resolution of 1.8 cm/pix), with a plane accuracy up to 5 cm and height accuracy up to 10 cm. The tests were conducted both under the simple, and complicated conditions. The maximum measured magnetic field value is 150.000 nTl (normal background is 52.000 nTl, any deviation from this value is an anomaly. The point cloud and digital terrain  model obtained from a depth of 345 meters. The flight altitude was 70 meters.

It was found that the site aerial surveying helped to reduce the fieldwork time in 2 times. The works of the pit monitoring experts became safer and less exhausting (e.g. there are increased risks associated with terrain heterogeneity and inaccessibility of certain areas during the ground-based scanning). There are no expenditures for preparation and clearance of access roads to scanning points (mainly in winter). There is also no risk of losing data on the huge rock blast results the day after the operation, since aerial photography is a faster way of obtaining data than the ground-based scanning. The point cloud and digital terrain model obtained from a depth of 275 meters. The flight altitude was 70 meters.

The specifications of the 3D models of the pit areas fully meet the requirements of the customer company, which allows effectively using them with the existing 3D terrain base.

"With all the advantages, Geoscan Gemini's ease of assembly is an additional benefit, ensuring minimal human error as per the results; it virtually eliminates the possibility of the UAV operator’s error”, noted Vladimir Shmelev, Karelsky Okatysh JSC's pit surveyor.

The Geoscan Gemini is planned to be used mainly for tailing dump surveying and periodic monitoring of pit operations. 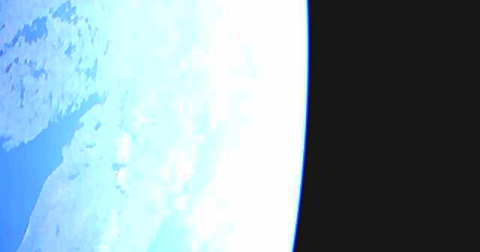